Panamá La Vieja or Old Panama was the first European settlement at the Pacific Ocean. Founded August 15th, 1519 it will be blowing its 492 th candle on Monday!

“Panama City” back then was called “Nuestra Señora de la Asunción de Panamá”…. ok, not precisely a 140-character-Twitter-like-easy-to-remember-name, so not surprisingly it got shortened to just “Panama”.

Shortly after founded, it became the main link for the conquest of Peru.  It grew rich but also had zillion problems such as big fires, health issues (tons of mosquitoes, as they settled in a swampy area…. well, nothing was known yet about what caused all those “tropical fevers”).   The place was also a nightmare to defend, as the bay was easily approachable, a lesson they learned painfully through having to defend the city of several pirate attacks.  And when in 1671 got sacked by Pirate Henry Morgan (it is said that the booty was carried in 195 mules!)  the inhabitants of the city decided they had enough… and moved to Casco Viejo. 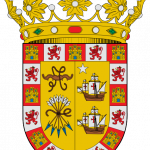 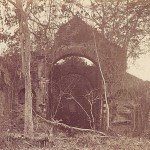 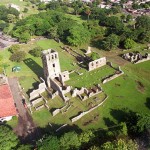 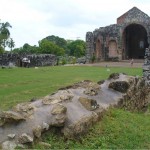 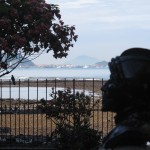 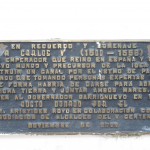 August 23, 2011 Casco Viejo, Panama   Every city has stories hidden under their “cement jungle”.  This is the slogan for a History Channel TV...
Continue reading

August 29, 2011 Panama, Casco Antiguo On Friday we attended the inauguration of Casa de Rosa, a restored building that used to belong to Rosa...
Continue reading
Live, Work,
Invest
in Casco.
Arco Properties is the leading real estate agency focused exclusively on residential and commercial properties in Casco Antiguo since 2005. We are the only real estate company specializing in Casco Antiguo that donates 10% of its profits and 5% of the time of its staff in volunteering to non-profit organizations dedicated to the revitalization of the Human Heritage of the Casco Antiguo.