Everyday I learn something new. Today La Prensa published an article about one of the few pieces of the colonial wall we all know as Mano de Tigre. Initially it was known as Baluarte de Jesús and was part of a system of walls to repel the enemy that was supposed to come by land (crossing from the Caribbean).  It could hold up to 25 cannons.

Once the walls where not useful anymore and the city needed to grow, the city authorized its destruction (11 of October 1856). This piece was “saved” because the land belonged to the Train Company, which later became public land. The street next to it was basically built on top of the wall. You can see remanents at the back of Boyacá.  The wall was appointed National Patrimony back in 1954.

Here is the article at La Prensa: http://impresa.prensa.com/vivir/fortaleza-forma-diamante_0_4214578599.html 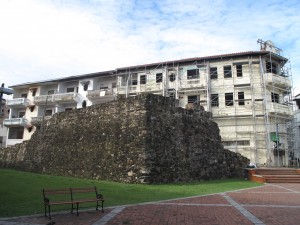 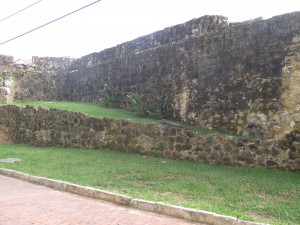 February 6, 2015 Panama Casco Viejo, Casco Antiguo Before you restore a building in Casco Viejo, you are required to do archaeological studies.  It is...
Continue reading
Live, Work,
Invest
in Casco.
Arco Properties is the leading real estate agency focused exclusively on residential and commercial properties in Casco Antiguo since 2005. We are the only real estate company specializing in Casco Antiguo that donates 10% of its profits and 5% of the time of its staff in volunteering to non-profit organizations dedicated to the revitalization of the Human Heritage of the Casco Antiguo.