Casco Viejo has a wealth of colonial monuments, many of them are churches. It is a challenge for every historic city to keep them in good shape, but in the tropics this effort basically doubles because of the humid climate and materials that were originally used.  Proper knowledge of how to properly treat them is always in demand, but even more, funding.

This year, we were glad to learn about a group of passionate Casco Viejo fans who have gathered together and formed a group to take on the task. As a private group, they would be able to carry on a master plan to restore 5 of the six main churches in Casco Viejo, in a professional and continuous way.  Last night we attended a talk by Ricardo Gago, its main spokesman who showed us the several degrees of damage (depending on the churches) and how they`ve started their work.

Today, a historic moment is taking place: the bells of La Merced Church are being changed. The original bells, from the 1200`s were taken down (this on its own was a whole day task with several experts involved). This morning, new bells are being lifted and installed. They were made by a Spanish company, one of those family run businesses who all they`ve done for generations is to craft these amazing pieces of art.

They are hoping to tune the bells this upcoming week and finally be able to play them in an exciting first time (in at least 50 years) in less than two weeks.

If you are interested in helping, donating, being part of, we would like to invite you to contact Ricardo through their Facebook page.  The page is mainly in Spanish, but they are bilingual, so do write them!. Congratulations to Mario and Ricardo for this very much needed initiative!  Click HERE. 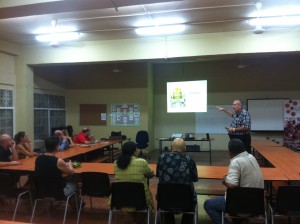 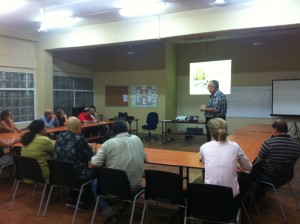 New Bells are On!

September 9, 2013 Panama, Casco Viejo, Casco Antiguo And right on time to celebrate the 500 years of the first catholic church in the New...
Continue reading

September 19, 2014 Panama Casco Viejo, Casco Antiguo Eldredge Muybridge was a photographer that visited Panama around 1886 (aprox). He took amazing photos of what...
Continue reading
Live, Work,
Invest
in Casco.
Arco Properties is the leading real estate agency focused exclusively on residential and commercial properties in Casco Antiguo since 2005. We are the only real estate company specializing in Casco Antiguo that donates 10% of its profits and 5% of the time of its staff in volunteering to non-profit organizations dedicated to the revitalization of the Human Heritage of the Casco Antiguo.