Recycle with Art: AVACA and Sembrarte for less garbage and more beauty

On Sunday, Casco Antiguo`s Neighborhood Association and Sembrarte, a foundation that works to promote art in Panama joined hands to “recycle with art”.   Several businesses and residents participated donating recycling material, which was used in the workshop to make toys and pieces guided by artists from Sembrarte, including Rolo de Sedas and Frank Ferrer. Other AVACA members present on Sunday helping with the workshop were Blanca Dávalos, Mitchelle Quiñones, Ivana Rabbat and Jennifer Hotsko.  Irving De La Rosa and Faustino Romero were in charge of picking up material during the week and sorting it out.

The most important part of this effort is that AVACA`s team is considering promoting recycling as part of their “garbage committee” programs. We are excited about what will be their next step! 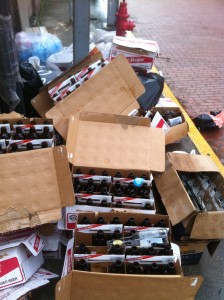 More of this! Check Avaca for more photos of the event: FULL ALBUM 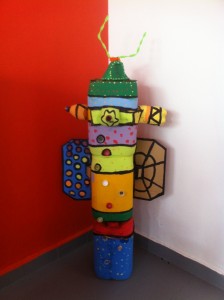 August 6, 2012 Panama Casco Viejo So you have a neighbor who never takes care of his/her property. Is an empty lot which always ends...
Continue reading

March 4, 2014 Panama, Casco Viejo, Casco Antiguo What a crazy Friday! here are the photos of Casco`s first Kids Carnival. It was organized by...
Continue reading
Live, Work,
Invest
in Casco.
Arco Properties is the leading real estate agency focused exclusively on residential and commercial properties in Casco Antiguo since 2005. We are the only real estate company specializing in Casco Antiguo that donates 10% of its profits and 5% of the time of its staff in volunteering to non-profit organizations dedicated to the revitalization of the Human Heritage of the Casco Antiguo.