Luis Palomo is one of those Casconians that once you meet, you never forget: full of energy and colorful, he is always creating something new.  Different shoes on each foot, you get the sense there is nothing too radical for him.  Cuban, but moved to Panama ages ago and to Casco Viejo almost 20 years ago, today he travels back and forth to Miami as he has a small film/ publicity company.

This year, he was involved in organizing the Miami Short Film Festival and he brought to Panama its first Cell Festival where more than forty participants sent short videos and documentaries made with their cellphones.  The award ceremony was at the Canal Museum in San Felipe, and the awards were presented by Luis Palomo and Olga Sinclair, Panamanian painter who recently opened a Foundation in Casco Viejo to teach children about art.  Present in the group was another “recent” Casconian: Henk Van Der Kolk, the founder of the Toronto Film Festival and now a full time Casco Viejo resident.  Henk is now working to launch Panama`s First International Film Festival, which is scheduled for April 2012!

The night was full of laughter and joy, they showed 10 of the 42 videos and they were great, some had really good messages.  The most applauded award went to Camilo, our young neighbor who received the prize for best video on the Children`s section.  In the photo you`ll see Camilo (wearing The Beatles shirt) with his friend Zed (who is the singer of his own rock band) , and then after when he received the award.  Blanca, his mother and pioneer of the bohemian scene in Casco Viejo (owner of La Casona) was extremely happy.

Well done guys! Thumbs up for all your new ideas and energy! 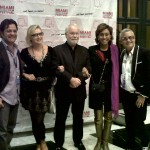 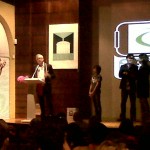 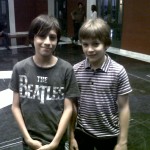 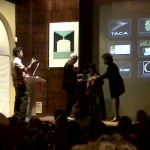 September 19, 2011 Casco Viejo, Panama Slideluck Potshow is an art event that joins the community by inviting everyone to  bring a home cooked dish...
Continue reading

October 6, 2011 Panama Casco Antiguo Last night, we got a treat of scenes from La Boheme, the beautiful opera by Giacomo Puccini, at the...
Continue reading
Live, Work,
Invest
in Casco.
Arco Properties is the leading real estate agency focused exclusively on residential and commercial properties in Casco Antiguo since 2005. We are the only real estate company specializing in Casco Antiguo that donates 10% of its profits and 5% of the time of its staff in volunteering to non-profit organizations dedicated to the revitalization of the Human Heritage of the Casco Antiguo.