In Spanish, “Madrigal” is a type of song. Looking in Wikipedia I find that it dates from the early Baroque eras, where a number of voices (six to eight) would sing together.  But Madrigal is also a last name, in this case, from Spanish Chef Andrés Madrigal, who earned his first Michelin star in “El Olivo” 1996.

When I met him I got the immediate impression that he is always full of energy, absorbing everything he sees, smells and tastes. We were having a great conversation about Panamanian ingredients when he suddenly jumped to his computer to show me his photos (beautiful!!!) about what he has seen here already, full of excitement.

This week they`ve been at their soft opening, and we went on Friday to try their “degustaciòn” menu (tasting).  Light, tasty, interesting, we tried a little bit of everything.  Andrés is sourcing everything he can locally, and having fun with it. Beautiful Spanish wine with the meal.

I`m excited for him and for the restaurant, it is on its way to becoming a quality addition to Casco`s lifestyle and hopefully of Panama`s culinary conversation. 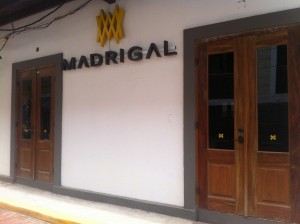 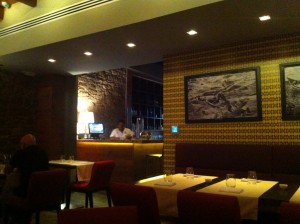 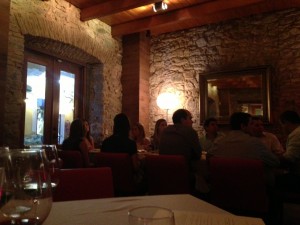 January 13, 2014 Panama, Casco Viejo, Casco Antiguo This week, several things are happening around the Panama Jazz Fest. One of them is the opening...
Continue reading

April 21, 2014 Panama Casco Viejo, Casco Antiguo American Trade Hotel just opened it`s bakery space! “UNIDO, Panama Coffee Roasters” by Panamanian chef Mario Castrellón,...
Continue reading
Live, Work,
Invest
in Casco.
Arco Properties is the leading real estate agency focused exclusively on residential and commercial properties in Casco Antiguo since 2005. We are the only real estate company specializing in Casco Antiguo that donates 10% of its profits and 5% of the time of its staff in volunteering to non-profit organizations dedicated to the revitalization of the Human Heritage of the Casco Antiguo.