When compiling common denominators on why some developments have failed, I came across this word: Acedia, which is mentioned in Wikipedia`s Seven Deadly Sins article, under “historical sins”. With such a name and classification, I had to start with that one! Although I must say there is another one that I consider the biggest one of them all. I`ll save that one for last, as it embodies so much. But let`s start with “Acedia”.

Several definitions on it, but the “historical sin” refers to the “neglect to do something that one should do”.

And the first thing you should know you should do is be in Panama during the construction. “You Shall Not Run The Project By Control Remote”. “Thy Building is Not Thy TV”.

If when thinking of developing in Casco this is not within your plans, forget it. Even if you have a pool full of cash back at home that you don´t know what to do with and are willing to flush it down to your building in Casco Viejo. It doesn´t matter.  There is just no substitute for your presence. You might have a five star project manager and architect team, but you are the one writing the checks and the you are the ultimate responsible for soooo many things. Don´t think that insurance clause in the contract you signed with the builder will protect you.  Panama is all about what you can prevent, and there is no better prevention than your own eye in the battlefield, so to speak.   Old shopkeepers knew this when they used to say the success of a store was that the owner had to be there. In Spanish, “el ojo del amo engorda al ganado”. 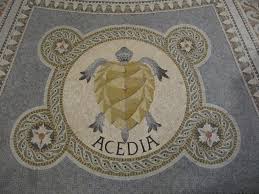 Love it that the symbol is a turtle. I think by now you get the idea.

May 29, 2013 Panama, Casco Viejo, Casco Antiguo Casa Burson: this option is great for a young couple or single person. It has two bedrooms,...
Continue reading
Live, Work,
Invest
in Casco.
Arco Properties is the leading real estate agency focused exclusively on residential and commercial properties in Casco Antiguo since 2005. We are the only real estate company specializing in Casco Antiguo that donates 10% of its profits and 5% of the time of its staff in volunteering to non-profit organizations dedicated to the revitalization of the Human Heritage of the Casco Antiguo.