Everyone talked about it, no one knew whether the project left behind by Martin Torrijos would be continued. However, Ricardo Martinelli´s Presidential term has actually started to go for it: extending the current Cinta Costera to Casco Viejo.

The project itself had been controversial. Many feared the design wouldn´t be in compliance with the UNESCO World Heritage regulations. However, the government seemed to have worked it out and had started to make the first movements in the area bringing materials to the site. Yesterday, the plans where made public.  The extention would add not only an easier connection through two new lines but also 120 underground parkings and a brand new multipurpose pier. An outdoors theatre, basketball fields and green areas. 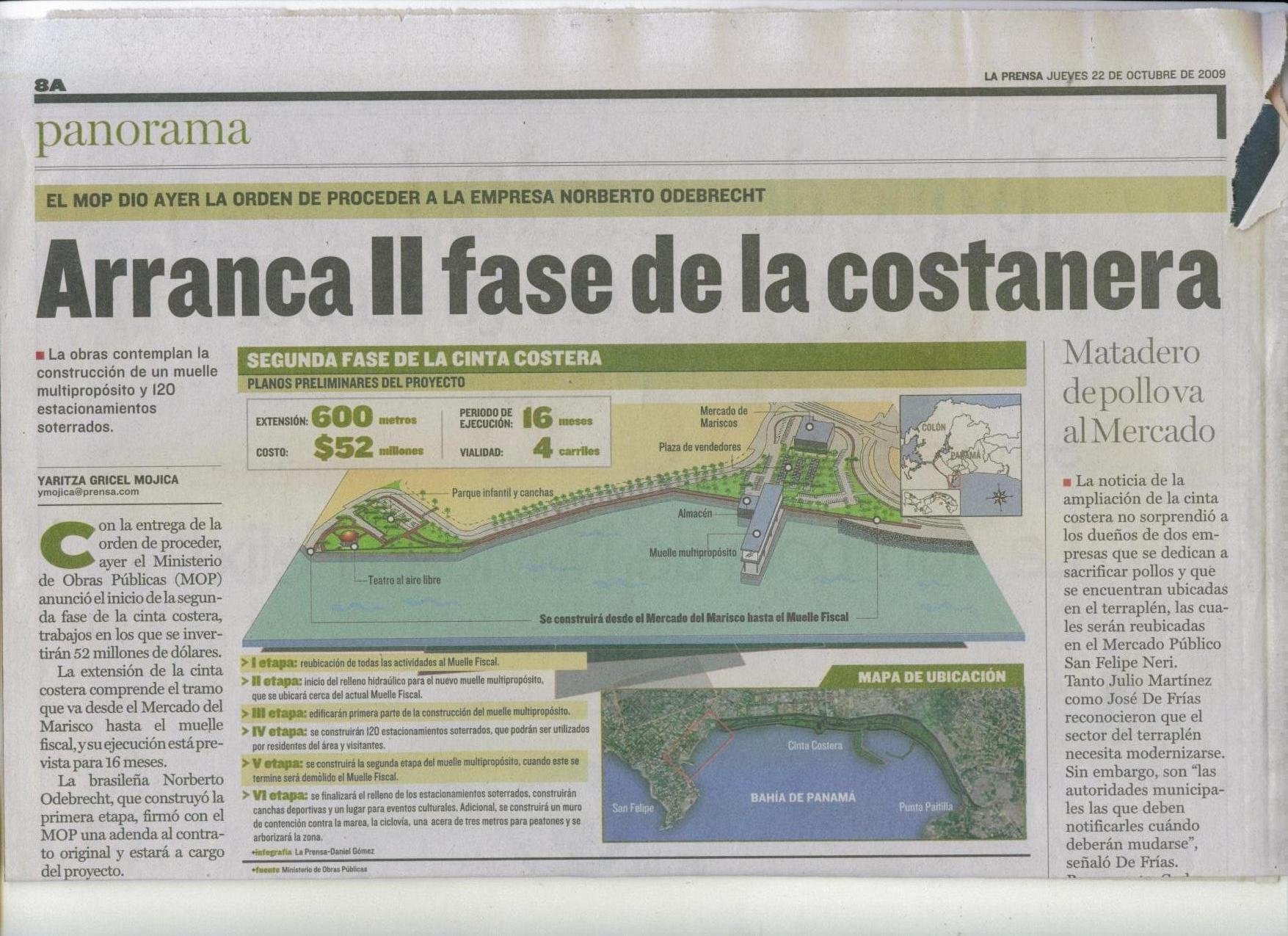 Live, Work,
Invest
in Casco.
Arco Properties is the leading real estate agency focused exclusively on residential and commercial properties in Casco Antiguo since 2005. We are the only real estate company specializing in Casco Antiguo that donates 10% of its profits and 5% of the time of its staff in volunteering to non-profit organizations dedicated to the revitalization of the Human Heritage of the Casco Antiguo.