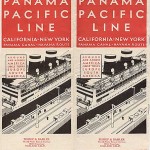 I first visited Havana Vieja in Cuba around 1996. I was involved in one of those student associations at the university (studying Tourism Administration or something of the sort) and one of our teachers,  who had studied diplomacy in Cuba (go figure!) encouraged us to organize a fair and invite someone in Cuba as a speaker. Somehow, because of our student status, we where able to get in touch with Osmany Cienfuegos, who happened to be no more and no less than Fidel Castro’s Ministry of Tourism and left hand. I guess this is the kind of thing you can pull off as a student, to be able to just “show up” and get the Ministry himself to meet with you. An extremely sharp guy, Osmany stormed into the room fully dressed in military gear and chewing a big habano. We didn’t get him as a speaker, but I can say we enjoyed the ride!

It was a very interesting trip from which I learned a lot about our common roots, despite our different current political lives. Panama and Cuba are very much alike; our connection goes way back into the Spanish Colony times because of our common afroantillian culture. Cubans and Panamanians even speak similar. Of course, they speak faster and we eat more vowels, but the rhythm is pretty much the same (especially in Casco Viejo, check out my Casco Viejo Phrasebook post).  The famous Orisha religion has a lot of followers here too, although they are more concealed and kill fewer chickens. We both love assigning nicknames to anything and anyone. If you are thin, you´ll be called flaco, if you are fat, we´ll call you gordo. Tío, jefe, compa, it isn´t personal, it is simply how we refer to people!

We are also globally known for our taste for African and salsa music (they might be the Guaguancó and salsa kings, but we are the cradle of reggaeton along with Puerto Rico!) … conclusion: give us rum and drums and we’ll make the party!

And don’t get a Cuban and a Panamanian (especially from Colon) to start a dance competition, you’ll be dizzy in two seconds! The Cuban salsa dancing style tends to be more acrobatic (with more pirouettes) but the Panamanian salsa style is more elegant and can get really sexy, depending on the province you are at. Puerto Ricans and Dominicans dancing style remind me of jumping beans. I guess the fast pace of Dominican´s merengue isn´t meant to be sexy at all. Serious Cubans and Panamanians are more into the craft of engaging and flirting with the partner. It is a bit like love making! Well, maybe not just a bit. For us, jumping misses the entire point of the dance.

But the similarities don’t stop there. During my trip I had the opportunity to visit their famous Havana Vieja and I was amazed. Amazed at the size of the city, as it is far bigger, but also amazed at how incredibly similar both cities are. It is a flavor you don’t find in Cartagena or in Antigua Guatemala.  These two cities are heavily Spanish Colonial, where every street (although very beautiful) looks exactly the same.  Cuba and Panama have highly diversified architectural styles, a reflection of our own society.

But it is here where our differences start.

Havana Vieja is huge, and is bordered by “Havana Moderna”, which is what followed up to the 50´s and never continued to evolve. In Panama, Casco Viejo is surrounded by different cities that weave and feed excitement into each other. Casco Antiguo is equidistant from a world class banking center, a thriving and cosmopolitan Panama City and the unique Canal Zone which is experiencing an interesting development fueled by the Panama Canal Expansion and visionary projects such as City of Knowledge and Howard. The country itself is an easy port to arrive to and to depart from. Panama has become a regional hub, where big headquarters like Procter and Gamble have moved to, but also interesting NGO´s like UNICEF, United Nations just to mention a few.

While researching about Havana and Casco Antiguo, I found this poster announcing trips from the United States (California and New York) to Panama and then to Havana by ship. What a trip that must have been. Weeks in a boat to come from the cold to tropical paradise, I’m sure if you took the “fast boat” you could make it in a month…and no fooling around! Today, things are so different and in so many angles. Time is gold and most things most be achieved in no time or less. Your travel option has to be interestingly diverse, compact, accessible and safe.

So, where can you get the “Cuban” flavor, base at a 300 year old colonial town while exploring at the same time beach, island and mountain and still manage to get your business done in less than five days?

Only in Casco Antiguo, Panama, of course…

September 11, 2008 In many countries, cultural activities fuel tourism, which becomes one of their main economic revenues. With Casco Antiguo, Panama has a unique...
Continue reading

October 6, 2008 The 6th edition of the Panama Jazz Fest in 2009 is already on its way. Music, workshops, scholarships and a new music...
Continue reading
Live, Work,
Invest
in Casco.
Arco Properties is the leading real estate agency focused exclusively on residential and commercial properties in Casco Antiguo since 2005. We are the only real estate company specializing in Casco Antiguo that donates 10% of its profits and 5% of the time of its staff in volunteering to non-profit organizations dedicated to the revitalization of the Human Heritage of the Casco Antiguo.