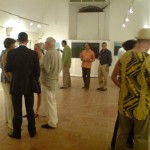 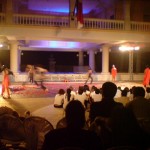 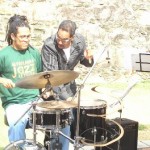 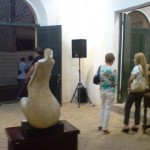 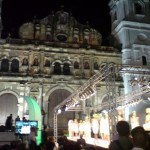 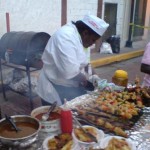 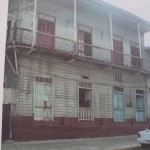 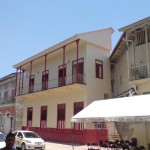 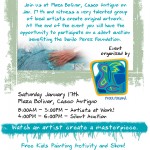 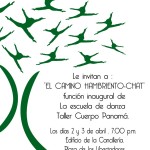 Slowly, organically, through patience and passion, Casco Viejo has grown to be Panama´s point of reference not only to experience the roots of the country but for most art events, concerts and shows. Artists roam the streets looking for gallery space or for a studio, even if in an unrestored building. Casco´s special social fabric where the poorest and the richest live side by side, getting along well and collaborating to make this a better neighborhood has also a lot to do with it. Also, the government´s help through the Oficina del Casco Antiguo, the Municipality, and the Historic Patrimony offices have been fantastic.

For Example: just last week Casa Góngora (which has become a regular spot for concerts Wednesdays and Fridays and an art gallery for emerging artist all other days) was showing pieces of sculpture Xenia Judith called “Esencia y Figuras” (Escence and Shapes). The same week, the Oficina del Casco Antiguo inaugurated another low income housing that will provide locals that are currently living in condemned buildings that need to get restored with beautiful housing, so they can continue to live in their own neighborhoods. Right in front of Casa Francia (this is the name of the new restored project, next to the iconic Boyacá at Plaza Herrera) you have the Danilo Perez Foundation, which is a music and jazz school for local kids. These locals at the same time are the source of inspiration and “salsa” of the hood. A perfect circle closes and feeds each stage to a renewed cycle.

I have to say they did a wonderful job rehabilitating the old Casa Francia. Plaza Herrera is becoming slowly one of the most interesting plazas in the neighborhood. Almost four fully restored social buildings housing locals that are actively contributing to the neighborhood with their businesses (from food, to seemstres, to haircuts, shoe repair shop and more). Other projects have started construction nearby, expanding this wave of rescue of the Caribbean patrimony of Casco Antiguo. But it doesn´t stop there, as Plaza Herrera is also home to the Danilo Pérez Foundation, a recently created jazz school at the old Music Conservatory building, right in front of Boyacá.

International music star, Danilo Pérez, and local developer Conservatorio S.A. entered in an agreement where the developer donated space to the foundation in this beautiful building for ten years. Children from the area are already attending to classes, some under scholarships and some incredibly talented ones had even gotten fellowships to study at the New England Conservatory.

March 13, 2009 The website is a reflection of everything Casco Antiguo is: a mixed, vibrant community. Full of art, color and flavor.
Continue reading

Can´t Save Yourself From Love

August 4, 2009 Great jazz is sprouting from the poorest areas in Panama. Raw talent and a wonderful program are turning this country into the...
Continue reading
Live, Work,
Invest
in Casco.
Arco Properties is the leading real estate agency focused exclusively on residential and commercial properties in Casco Antiguo since 2005. We are the only real estate company specializing in Casco Antiguo that donates 10% of its profits and 5% of the time of its staff in volunteering to non-profit organizations dedicated to the revitalization of the Human Heritage of the Casco Antiguo.