For the last few months, members of the Casco Viejo Neighborhood Associatin (AVACA) have been meeting about a growing problem: traffic in the Casco. A handful of business owners, many of them residents, brainstormed and came up with really nice ideas on how to improve it.  As a pilot, they decided to start on Calle 11, a street that included several elements of the “problem” (bien cuidados, garbage, illegal parking, broken sidewalks between others).  This is what they did:

With help from all the residents in the street, a plan was designed to park in a nearby lot, so that the cars wouldn´t be on top of the already broken sidewalks. Instead of cars, and to prevent further illegal parking, big plant pots were installed in place. Residents would take care of them, paid by the businesses in the street. Some of them have already started working with a local parking company as “parking guides”, guiding visitors to the parking lots and preventing chaos.  They will be fully identified and in uniform.

Each area was given beautiful garbage cans to use (as they didn´t have them). Also, the traffic flow of the street was changed to improve overall circulation between the two connecting avenues.  Voilà!

Sounds simple, but it was an amazing pilot that was only possible with the full cooperation almost guerrilla style from everyone including the authorities.  The SPI and Tránsito were unbelievably helpful, and so were the people in the street. Here are photos of before and after, but even if you can´t see the mess or the importance of the difference, people living there do know.  Just to give you a hint: now the street is usable. The first thing they did when it was clean was to …. actually start using it! they took out a barbeque on the weekend, children could play without garbage up to their noses. Now the lady who sells fried patacones has a really nice spot to put tables and chairs, so her local business can grow, fueled by clients who now will be attracted (and able) to walk up this street in search for more restaurants.

What are the next steps? they are working in setting up a training program for the local youth in the street who are looking to be able to apply for better jobs.  Also, the association is looking forward to extend the programs to other areas where the authorities have detected illegal parking which is creating problems for everyone.  The best thing is that these plant pots can now be an urban garden project, helping residents from each street grow their own herbs and vegetables.

There where so many helping hands in this project, it really took a village!

Here the main participants, keep in mind that each street will have a new group involved: 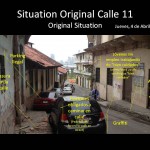 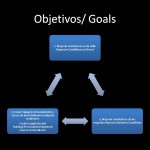 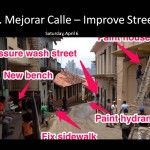 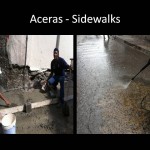 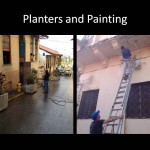 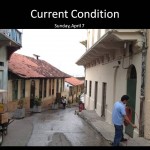 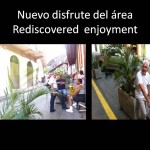 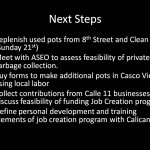 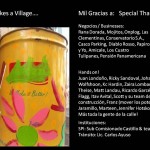 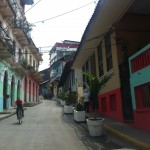 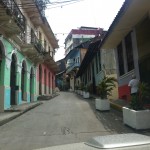 Amazing Success! A Day at the Bay

February 14, 2013 Panama Casco Viejo So often you sit down to have beautiful thoughts… while walking by Plaza Herrera, we saw this bench with...
Continue reading
Live, Work,
Invest
in Casco.
Arco Properties is the leading real estate agency focused exclusively on residential and commercial properties in Casco Antiguo since 2005. We are the only real estate company specializing in Casco Antiguo that donates 10% of its profits and 5% of the time of its staff in volunteering to non-profit organizations dedicated to the revitalization of the Human Heritage of the Casco Antiguo.